How to Increase Confidence in Our Leadership 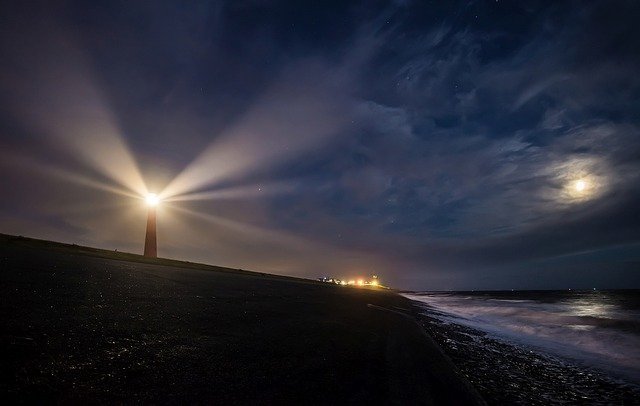 Conventional wisdom tells us failure should shatter our confidence.

You might have heard the famous line from inventor Thomas Edison, “I have not failed 10,000 times. I’ve successfully found 10,000 ways that will not work.” But the key for Edison was the learning which took place from the mistakes and how he applied what he learned to his next attempt.

His thousands of failures led to 1,093 successful inventions, including the light bulb and phonograph.

Let’s look at some of Edison’s failures and what he learned from them. Because failure doesn’t need to hurt our confidence. In reality, it can help strengthen confidence in our leadership.

Rejected by the Target Market

One of Edison’s early failures was a product that was rejected by the target market. It was an electronic vote recorder designed for the United States Congress. The purpose of the vote recorder was to allow officials to cast their votes in a matter of moments. This new technology would greatly reduce each Congressional session by several hours.

Yet, the politicians didn’t want anything to do with it. In their eyes, it would hurt the traditional process which allowed for vote trading and maneuvering (politics have always been politics!).

Edison learned an invention will not thrive if it isn’t valued by the target market. Whether Edison or the corrupt politicians are the real failures is a debate for another time…

Sometimes We Need to Pivot

A popular toy today is the talking doll. We have seen many versions of this from Toy Story’s Woody to Tickle Me Elmo. Edison actually came up with the idea and first produced talking dolls in 1890. He inserted a miniature phonograph inside the dolls.

However, the response to the dolls was swift…and it wasn’t positive. Consumers complained the dolls were too fragile. In addition, the sound which came out of the dolls wasn’t exactly sweet and charming. Less than a month after the first shipments went out, Edison pulled them off the market.

Thomas Edison learned sometimes we have to persist and keep going, but other times we need to cut our losses and pivot in a new direction. Sometimes we need to wait for the right time and place for an idea or invention to catch on.

In an early version of Netflix, Edison came up with the idea of the Edison Home Service Club. Members of the club would receive 20 records in the mail each month. After two days, they selected the records they wanted to order and sent the samples on to the next subscriber.

The service did work in selected areas. But it was overshadowed by Victoria and Columbia, two companies that used mass marketing on a national scale. Edison didn’t believe in that type of marketing. It was a radical idea during his time and he didn’t think companies could lower prices enough to produce them on a mass scale. He also didn’t want to lose the close relationships he had with his customers, which happens in a mass-market situation.

Edison learned at times he had a choice to make between the better business practice, like mass marketing, and sticking with his principles, like keeping close relationships with his customers.

Don’t Give Up Too Soon

At one time, Edison was interviewed by a reporter who asked him about his lack of results. Edison responded, “Results? Why man, I’ve had plenty of results. I know several thousand things that don’t work.”

This is the problem when we set goals and focus only on external results. Whether those goals are imposed on us by someone else or goals we randomly set for ourselves, we don’t know the true limits of our capabilities. And failing to meet our goals sometimes causes us to give up too soon.

Edison is also credited with saying, “Many of life’s failures are people who did not realize how close they were to success when they gave up.”

The Confidence to Make a Difference

When we do experience failure…and we will throughout our lives…we have a choice to make it part of our story. If we use failure in the right way, we can strengthen the confidence in our leadership.

Now, this is where being a lighthouse is a little unconventional. As teachers and coaches working with young people, we should actually be using our failures to help them. We shouldn’t be afraid of telling them about the mistakes we’ve made. Because the impact comes when we show them the lessons we learned from it.

When we write our own story, simply learning a lesson to improve our lives isn’t enough. We need to share what we’ve learned with the rest of the world.

We need to be lighthouses that model learning, growing, and changing daily by 1%…

Because the confidence to make a difference comes from getting a little bit better every day. 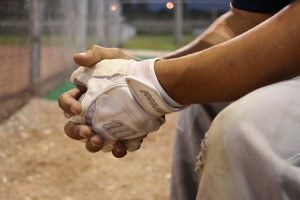