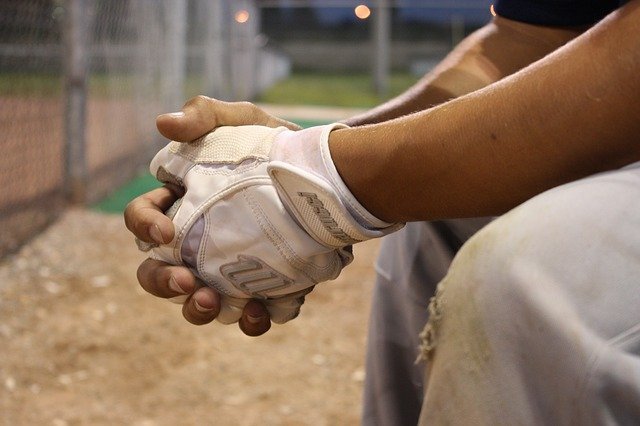 I recently listened to several episodes of Lewis Howes’ podcast, The School of Greatness. Lewis is a former pro athlete and current entrepreneur who interviews some of the world’s greatest human beings in an attempt to discover the mindsets and habits which enable them to live with greatness.

One of the objectives of the podcast is to help ordinary people like you and me figure out how we can exhibit greatness in our everyday lives. I believe we are all capable of greatness. However, we cannot simply copy someone else’s recipe, follow it precisely, and expect to get the same results. But we can take bits and pieces of someone else’s experience and apply those leadership lessons to our own story to bring us closer to greatness.

One of the questions Lewis asks every one of his guests is, “What is your definition of greatness?”

My answer to this question is: “Greatness is writing your own story to make an impact on the world by giving away your gifts and abilities.”

I am sure on some level every person who reads my definition of greatness will agree with me. But the question of “What is greatness?” is not the most pressing question for each of us.

Actually, a more essential question is, “Where can I find greatness?”

Yes, we can listen to podcasts and read books and watch movies. But how can we exhibit greatness in the midst of our everyday lives? How can we live with greatness while dealing with all the pain of suffering in our lives? Who has time for greatness when we have a family and a job and have to keep up with everyone else on social media?

Greatness seems so elusive that we often give up our quest to find it. But greatness is often closer than we realize.

Someone Who Would Not Fight Back

Jackie Robinson broke the color barrier in Major League Baseball when he suited up for the Brooklyn Dodgers in 1947. Branch Rickey, the owner of the Dodgers, selected Jackie because he needed someone strong enough to make a stand and play baseball without retaliating. He needed a person who could rise above the hatred and racism he was bound to face.

The emotional anguish Jackie Robinson endured is portrayed brilliantly in the movie 42. In one of the scenes, Branch Rickey told Jackie about his plans to have him become the first African-American to play in the major leagues. Rickey tried to get Jackie to react when he told him about all the hatred he was probably going to face. Jackie asked Rickey if he wanted a player who had the guts to fight back. Branch Rickey responded that he wanted a player with the guts NOT to fight back.

If he was going to rise above the inhumanity he faced, Jackie would not be able to react to what was going on around him. He would need to look inside himself and respond through the principles and values of his integrity.

Finding Greatness in Our Storms

Even though Jackie knew he would face racism and felt he was prepared, it was still extremely difficult every time fans, opposing players, or coaches hurled insults at him. Rising above doesn’t mean we become immune to our feelings and emotions. Jackie suffered deep within his soul and there were times he wanted to fight back. But just like Jackie, we can rise above by using the winds of our storms to push us higher to become a better person.

What would have been the positive outcomes if Jackie Robinson would have remained bitter and let that bitterness push him over the edge and retaliate?

Would the racism have stopped?

Would beating the snot out of his attackers changed people’s minds about people of different races?

Would Jackie have felt better about himself? Maybe temporarily.

In the struggle is where Jackie found greatness. Remember we’re not writing our own story for the short term. We’re writing a story that has the ability to make an impact long after we’re gone.

So if we find ourselves in a situation like Jackie where we’ve been mistreated, should we really act with compassion, understanding, and love? Yes because it is in the midst of our adversity, suffering, and pain where we find our greatness.

We don’t control other people. And we can’t change other people because real change only occurs from the inside-out. Fighting back and retaliating only closes people off from seeing the need for change.

Acting with compassion, understanding, and love can open up people’s minds and hearts. And an open mind and heart is the only way for someone to write their own story.

Living a life that opens up people’s minds and hearts is how we can make an impact on the world.

Is rising above when we’ve been mistreated easy? No.

But it is a standard that I’m trying to work toward. I know that if I want to become the best version of myself then it’s something I need to strive for.

No matter our skin color, we all have the resources inside of us to be like Jackie Robinson, a man who was able to rise above and write his own story. A story that continues to make an impact in the world.

So where can we find greatness? First, we need to look for the most difficult situations in our lives. Then, we must look within to find the best version of ourselves.

And when we seize these opportunities to give away our gifts and abilities, then we will live with greatness. 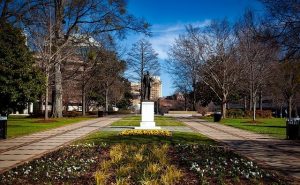 How can we honor and respect the legacy of a great leader like Martin Luther King, Jr.? We can march